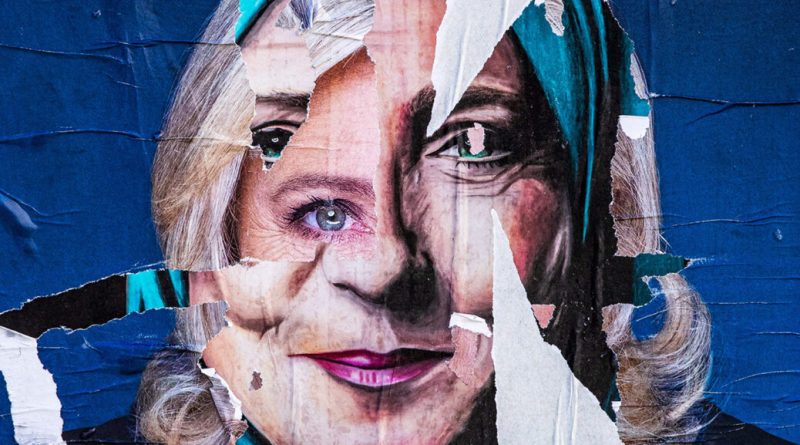 The evolution of Marine Le Pen

The far-right leader has worked hard to detoxify her image, but scratch off the campaign polish and the same philosophy resides.

I watched the first-round results of the French presidential election come in on Sunday night (10 April) in an Algerian-owned bar in southern Paris. The prelude had been the thrilling Premier League match between Manchester City and Liverpool. Then, as the results were announced, the bar became subdued. Marine Le Pen’s Rassemblement National (RN) had scored 23.1 per cent of the vote, dangerously close to the incumbent president, Emmanuel Macron, who took 27.8 per cent. The quiet mood of the bar never lifted, and drinkers soon began to drift gloomily away from the televised scenes of jubilant Le Pen supporters.

This result had seemed impossible when I met Le Pen on the bright, sunny afternoon of 11 January 2022 at the Hotel Majestic, an elegant spot near the Arc de Triomphe. There, Le Pen gave a private briefing to a handful of foreign journalists amid an intimate atmosphere that made the occasion feel more like a friendly university seminar than a press conference. She was not at all how I had expected her to be; she seemed softer than the sometimes brutish figure who appears so regularly on French television. She was cracking jokes and chatting to familiar faces, the picture of a charm offensive.  READ MORE